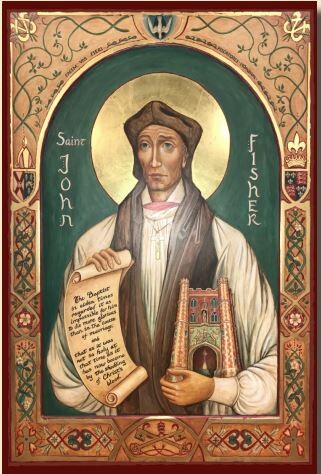 Saint John Fisher (c. 19 October 1469 – 22 June 1535) was an English Roman Catholic Bishop, Cardinal and Martyr. He was executed in the Tower of London by order of King Henry VIII during the English Reformation for refusing to accept him as Head of the Church of England.

On June 22, 1535, John Fisher was taken from his cell in the Bell Tower to be executed for treason. He was so weak that he had to be supported. Holding his copy of the New Testament, Fisher mounted the scaffold, and spoke his last words:

"Christian people, I am come hither to die for the faith of Christ's Catholic Church... Wherefore I desire you to help me, and assist me with your prayers, that at the very point and instant of death's stroke, and in the very moment of my death, I then faint not in any point of the faith. And I pray, God save the king and the realm."

John Fisher was canonized a Saint in 1935. By his example of learning, holiness, faith, loyalty and courage, by his service to God and others, John Fisher's life and death were truly a witness to our faith.

The Nursery classes are named after Mary and Joseph. 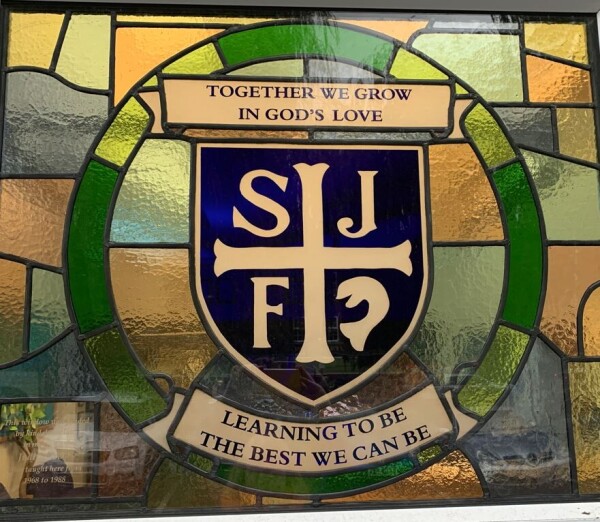 The stained glass window at the main reception of school was funded in memory of Judith Young, who taught here from 1968 to 1988. 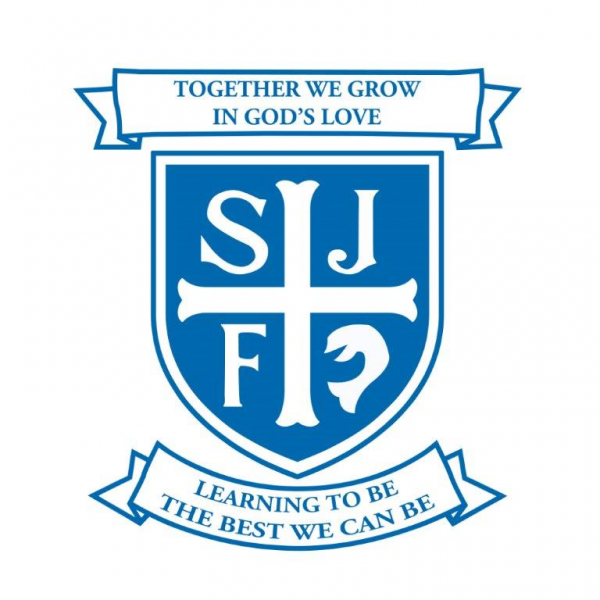 The St John Fisher logo was designed by Judith Young. It is made up of banners, displaying the school motto; the picture is a shield containing the letters SJF and a fish to represent St John Fisher himself; the cross was chosen to symbolise the Christian faith, the heart and soul of our school.